Firestarter: The Story of Bangarra at Glenbrook Cinema

Firestarter: The Story of Bangarra 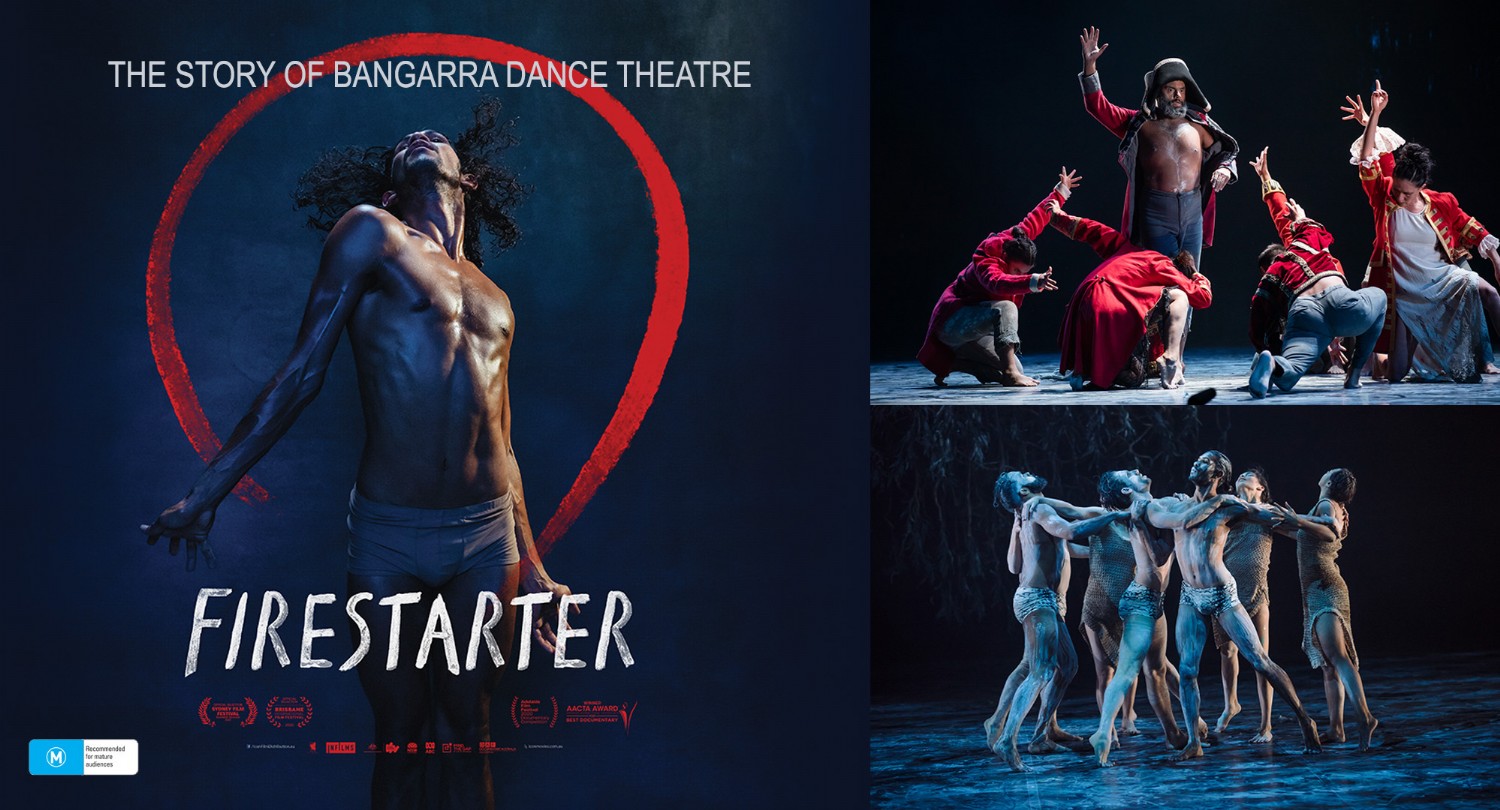 “As the 20th century turns into the 21st, you can’t tell the story of Aboriginal Australia without featuring Bangarra – indeed they tell the story. And at the core of it there are these three beautiful boys. The holy trinity.” – Hetti Perkins, Art Curator, author.

Hetti Perkins sums it up perfectly. Bangarra Dance Theatre, which is celebrating its 30th anniversary, is Australia’s only Indigenous major performing arts company. Its development from a small dance group in Glebe, Sydney, in the late 80s to a company of international renown, was and is driven in large part by its Artistic director Stephen Page and his brothers composer David Page and lead dancer Russell Page.

Firestarter takes Bangarra’s anniversary year as its launch pad but takes us right back to the world in which the Page brothers grew up as youngsters – Queensland in the 70s and 80s, a world in which racism and suppression of Aboriginal identity was still rife, with “one law for whites and another for blacks.”  ‘It was tough,’ says Stephen. ‘I was born three years before the referendum that constitutionalised Aboriginal people being respected as humans.’

Never before seen home video, shot by David as a child, and rare archive takes us through the boys’ younger years, interweaving their story with the late 80s/early 90s rise of black ‘artivism’ and the start of Bangarra. The company, an offshoot from the National Aboriginal Islander Skills Development Association (NAISDA), was founded by visionary Carole Johnston and NAISDA graduates, all playing a vital role. After two years, Stephen Page is appointed Artistic Director, age 24. Bangarra perform at Paul Keating’s delivery of the ‘Redfern Address.’
As the film tracks the rise of Bangarra, culminating in its era defining work Ochres and a spectacularly triumphant contribution to the 2000 Sydney Olympics opening ceremony, we start to realise what commentator Hetti Perkins means at the start of the film when saying: ‘once you pick up the torch, you never get to put it down. And that sort of thing comes at a cost.” The ghosts of the past haunt the Page family.

Art imitates life. Stephen’s work starts dealing with social-political issues. Firestarter unpicks the tragedy of colonialization, the intergenerational trauma it caused and the devastating effect it has on the Page family. Theirs is a story that tells of a much greater issue. ‘This sort of thing is bloody everywhere in Australia’ says Stephen. Graeme Murphy, at whose Sydney Dance Company Stephen performed, says: “Great artists are all releasing that dark matter from that big black hole in your brain.”
Driven by grief and unresolved pain we see Stephen create Bennelong, his darkest but most evocative work yet. The story of an Aboriginal man who befriends the first governor of New South Wales, Arthur Philip, and struggles to ‘live in two worlds,’ is not just a dance work.  ‘The scale was exceptional,’ says Frances Rings, a former Bangarra soloist who was recently appointed Associate Artistic Director. ‘It was an Opera. It was our opera.’

As Stephen becomes a grandfather and a new generation of dancers takes us into the future, Firestarter is ultimately not a story of tragedy. It’s the story of art as medicine, and its role as the messenger of social change and pride. It’s a story of resilience, of overcoming obstacles and the embrace and re-birth of a 65,000-year-old culture, the longest continuously surviving culture in the world. A culture that white Australia once tried to wipe out. In vain. Bangarra is Australia’s greatest culture treasure.