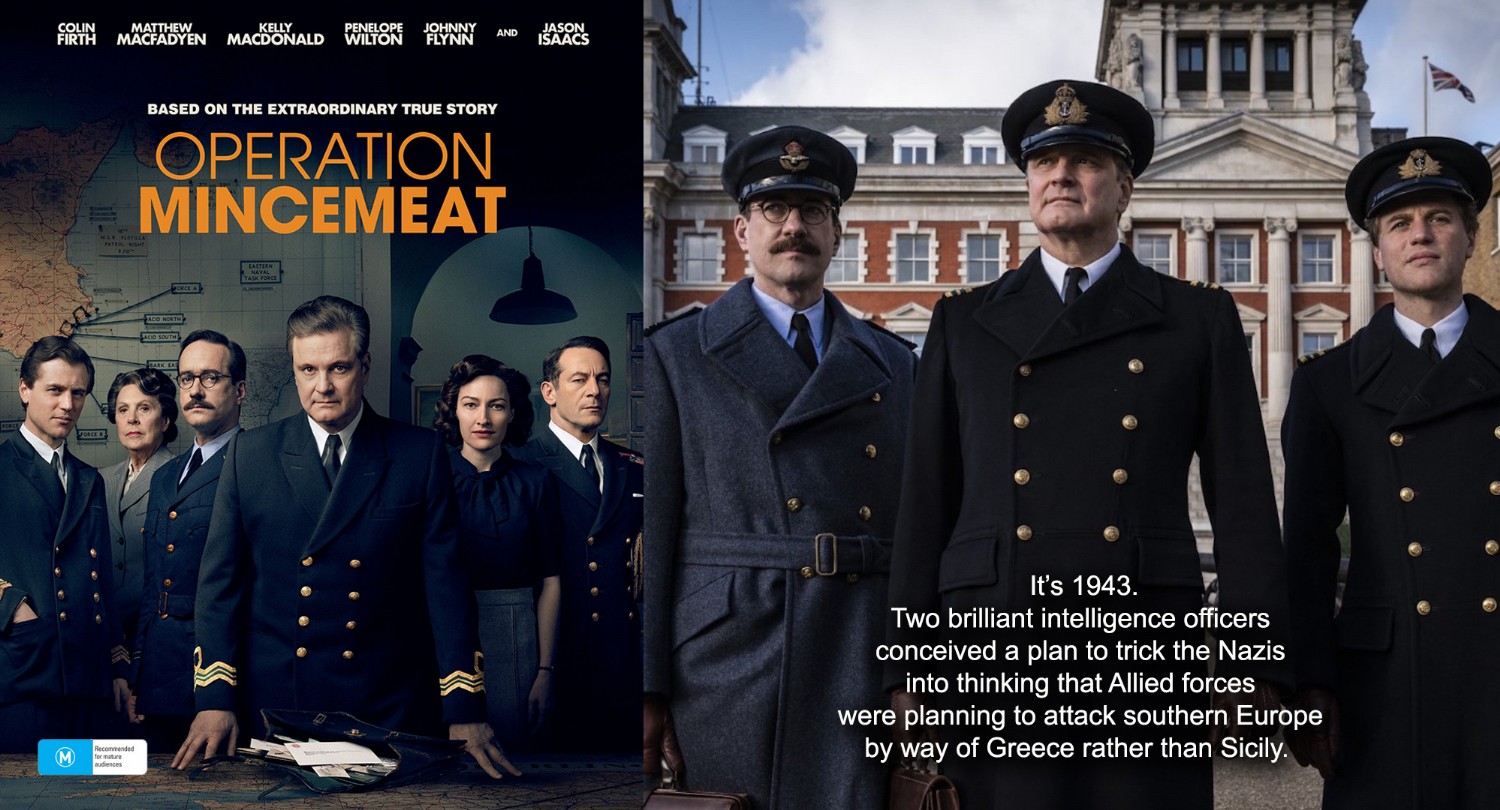 It’s 1943. The Allies are determined to break Hitler’s grip on occupied Europe and plan an all-out assault on Sicily, but they face an impossible challenge – how to protect a massive invasion force from potential massacre. It falls to two remarkable intelligence officers, Ewen Montagu (Colin Firth) and Charles Cholmondeley (Matthew Macfadyen), to dream the most inspired and improbable disinformation strategy of the war - centred on the most unlikely of secret agents: a dead man.