The Father at Glenbrook Cinema 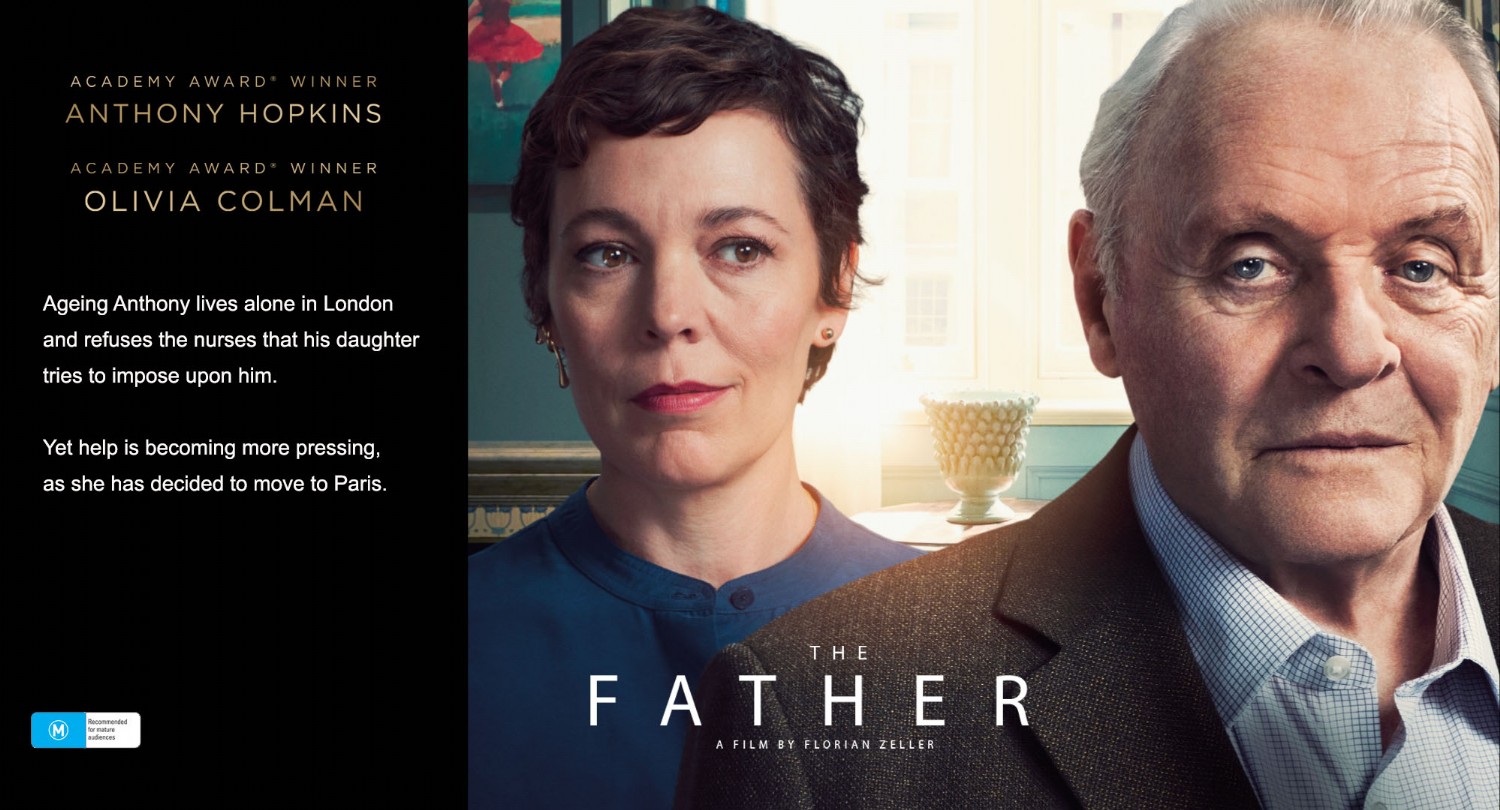 Anthony is a mischievous man of 80, who lives alone in his London apartment and refuses each of the nurses that his daughter Anne tries to impose upon him. But as his mind begins to unravel and his sense of reality is slipping away, both father and daughter are forced to contend with an uncertain future, and with their enduring love for each other.