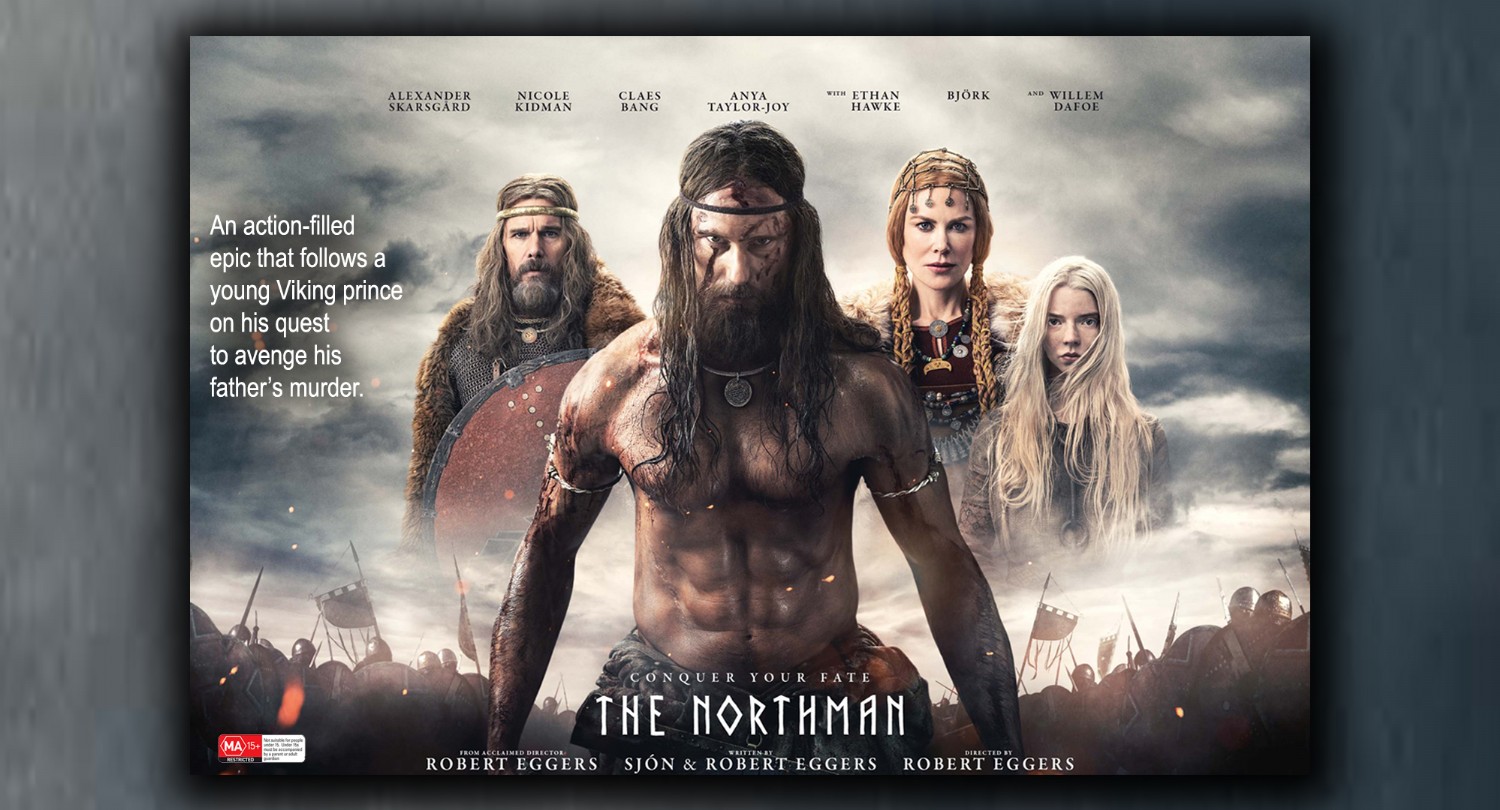 Set in Iceland, from visionary director Robert Eggers comes THE NORTHMAN, an action-filled epic that follows a young Viking prince on his quest to avenge his father’s murder.

With an all-star cast that includes Alexander Skarsgård, Nicole Kidman, Claes Bang, Anya Taylor-Joy, Ethan Hawke, Björk, and Willem Dafoe.Set in Iceland at the turn of the 10th century, a Nordic prince sets out on a mission of revenge after his father is murdered.